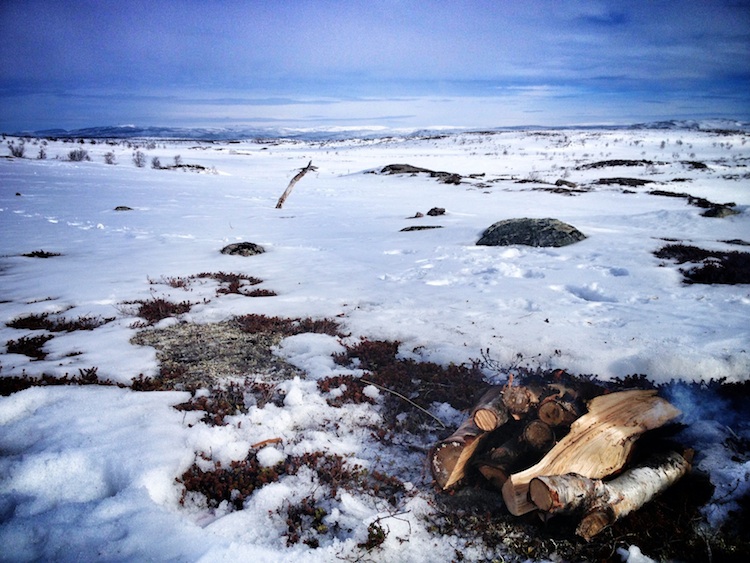 Why Every Traveler Needs to See Finnish Lapland Before They Die

Visiting Lapland in Finland is and shall remain one of my all-time favorite travel experiences which is why I’ve decided to put the word out to all travelers that it is definitely a place you need to see before you die.

For the record, I came up with the title of this post first and then thought to check if Patricia Schultz had included it in her book that most travelers are familiar with, 1000 Places To See Before You Die. Turns out she did, but it’s pretty vanilla and she (or whoever wrote that chapter) has probably never been, so here is my gypsy variation.

First of all, forget what you think a trip to Lapland would be like. It doesn’t matter how many things you’ve read about it or how many photos you’ve seen, it’s the kind of place that will still blow your mind once you finally arrive. It’s the kind of place you need to see and feel to fully comprehend its magnificence and just what a special part of the planet it really is.

It is the kind of place that, believe it or not, is also very easy to fall into a tourist trap if you listen to the Patricia Schultzes of the world.

Lapland is SO much more than Santa Claus, snow castles and pseudo Sami reindeer safaris. Unless you are a diehard fan of Christmas or are traveling there with children, I really recommend staying away from the bigger towns like Rovaniemi and Kemi if it’s a truly authentic Lapland experience you are after. If you’re cool with semi-authentic though…well then you probably shouldn’t be reading this blog.

In all honesty, I probably would have ended up in one of the above mentioned towns myself had every travel blogger and their mom who’s done a press trip through Lapland not already covered them. The hypothetical itinerary I came up with a while back included everything on the beaten path, but thankfully when it came down to how I was really going to do it, I requested to be sent where no blogger had ever been before because I like to explore, not follow.

So I ended up in Utsjoki. Thank god as I believe it is the best kept secret in Finnish Lapland and THE place to go if you’re down to see how things really are in the true north (i.e. reindeer excursions with legit Sami herders and some of the best fishing in Europe).

Utsjoki, or Ohcejohka if you speak Northern Sami, was a destination that I really couldn’t find any good info on before I got there except that it was as far north in Finland as one can possibly go, had a majority Sami population of less than 1,300, and was still frozen in mid-April.

I really thought I might be headed straight to the Bakersfield of Lapland – an ignored part of the region where nothing interesting went on, was out in the middle of nowhere, and a place in desperate need of visitors – but that couldn’t have turned out to be further from the truth.

Though way up there on the map, Utsjoki definitely has plenty of interesting things to see and do and is not “out in the middle of nowhere”. It’s actually situated in a pretty strategic spot along the Teno River and Norway where, incidentally, you can find the northernmost land border crossing in the world.

I know it still seems so far, but the reality of it is that it’s pretty easy to get to once you are in Finland and I’ve spent about the same amount of time, if not more, getting to San Francisco from Orange County. The flight to Ivalo from Helsinki took less than two hours and the bus from there to Utsjoki was another three through nothing but complete gorgeousness.

As for needing visitors, there is a bit of truth to that one as they haven’t put as much into destination marketing as the towns around the major airports in Lapland and it does take a bit more effort to get there. For me though, that is absolutely its biggest draw.

No overcrowded or impersonal reindeer and husky safaris, no fake Samis, and no kitsch if you just go the extra few hundred miles…Utsjoki is the real deal.

I kind of expected to be blown away by the landscape way up there, but what I think made the biggest impression on me that I didn’t anticipate was just how far removed it felt yet at the same time thriving given the extreme conditions that are present for most of the year.

Yes, there may only be .25 people per square kilometer in Utsjoki, but there are still people. Really interesting people who are living their lives not all that differently than you and I. They study, they work, watch reality TV, have house parties, grocery stores, small town gossip, rap music, cell phones, and Facebook; just at a much higher latitude, with much more space around them, and some with pretty interesting day jobs and ancestral ties to the land.

At least Patricia Schultz got one thing right and I’ll give her that: Finnish Lapland is a place you need to see at some point in your life. Reasoning may be slightly different, but overall I think the big takeaway here is that for most it’s a very unique “bucket list” type trip that is not to be missed for anyone interested in experiencing something totally awe-inspiring and totally different.

Life-changing may be a bit to much, but life-enriching and a travel memory that will live on and on? Absolutely.

My visit to Lapland was made possible by Visit Finland, Utsjoki Tourism, and Finnair. Accommodation and crash course in Sami culture provided by Holiday Village Valle and Nuorgam Holiday Village. All feelings, thoughts and opinions stated here – totally my own.

Songs to Rock While Traveling the World - Volume 1