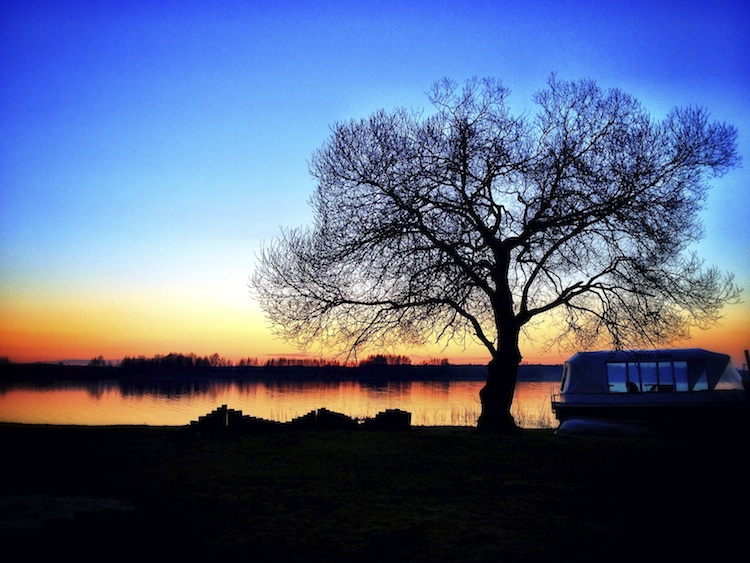 I can think of one hundred different reasons to visit Tallinn. It’s one of my favorite cities to look at in all of Europe and while we’ve had our fair share of fun together, I decided it was time to finally expand my Estonian horizons after my third visit so I headed south. Way south, and a tad east.

First stop was Tartu, the country’s second largest city, and after that on to Värska in the mysterious region of Setomaa. Both were absolutely worthwhile and while I can probably also think of 100 different reasons why you should check them out for yourself and not just set your sights on Tallinn, I’m going to start with just six.

…the bus journey I took between Tallinn to Tartu was honestly one of the nicest I have ever experienced in terms of comfort and amenities. Sebe’s got a pretty slick fleet of buses that leave every hour on the hour between 7am and 10pm with a fantastic selection of in-bus entertainment (movies, TV, music, video games, route maps – P.S. I love route maps) and stable wifi. Yes, STABLE. Cool if you have wifi, but even cooler when it actually works.

The 2 1/2 hour ride costs just under 11 euros one-way and there are some pretty good discounts for those under the age of 26 and seniors on certain days of the week.

Going onwards from Tartu can be a little trickier (and buses less pimp) as cities turn to first towns and then villages so it’s a good idea if you arrange for someone to pick you up if your place of accommodation is not near a bus drop (as opposed to clearly marked “bus stop”). More planning is required which can be kind of a pain, but totally worth it even if for just the scenic drive.

2) It’s “off the beaten path” and more authentic

Tallinn is freaking gorgeous and easy to get to from Helsinki and other nearby capitals so therefore as ON the beaten path as you can get in that part of the world. Odds are most people you will meet who have traveled to the Baltics have been in Tallinn so in other words, it’s trendy. Tartu or Setomaa though? Not so much. They are underground and reserved for true explorers.

Not only does this “undergroundness” equate to less tourists, if any others at all, but also to a more Estonian Estonia experience. Like most of the world’s capitals, aside from maybe a place like Monaco, Tallinn is not representative of the rest of the country and the further away you go from the Old Town there, the more authentic things tend to feel.

Tartu is adorable and the place to go if you want to see a ‘real’ Estonian city. It’s best-known for its university, Estonia’s largest, which is what also makes the place a little more interesting. Young people everywhere and from what I hear, lots of parties.

Since I only had a couple of days, actually just one full day, I spent my time strolling around and soaking it in more than anything else. There are tons of museums there, TONS, but I didn’t make it to any of them. My hotel, Aleksandri Hotel, was pretty much situated in an outdoor museum/19th century slum otherwise known as the Supilinn (Soup Town), and that was good enough for me.

Other highlights around town were Town Hall Square, the Leaning Tower of Tartu, and Toomemägi (Toome Hill), especially up at the cathedral ruins. So dope.

Oh, yeah, and whatever this is, I was also into it.

I can’t make comparisons to the rest of the country, but I found Tartu and Värska to be much cheaper than Tallinn. Mostly when it came to restaurants, bars and shopping. Accommodation prices were only slightly cheaper, but nevertheless, still cheaper.

Pirogov in Tartu was the bomb diggity and super cheap for eating and drinking. Rüütli 2. Go.

This may not be a convincing reason for everyone, but for a half Russian (me) or anyone else interested in getting as close to Russia as you possibly can without a visa, you might like to know about the Saatse Boot. Here it is possible for visitors who typically need a tourist visa to freely pass through Russian territory without obtaining one as long as they are traveling by car and do not stop – even though lots of rebels do. This isn’t going to last for much longer as a border treaty in which the area goes back to Estonia was recently agreed upon, but still cool to know about.

6) It’s where you will find Setomaa

Setomaa is the main reason South Estonia was ever on my radar after I saw it featured on Globe Trekker’s Finland & the Baltics episode years ago. It’s where the Seto live – a fascinating group of people known for their blend of pagan/Orthodox ways, blinging attire, and polyphonic singing which was placed on UNESCO’s Representative List of Intangible Cultural Heritage of Humanity in 2009.

Spread between Estonia and Russia, the Setos are one of the last traditional folk cultures in Europe and similar to the Sami in Lapland, their language and traditions are in danger of disappearing with only 13,000 of them left in the world.

Not quite Estonian, not quite Russian, their borderland existence has placed them right in the middle of centuries and centuries of war and territorial disputes. That they are even still around is a great testament to their resilience though, as I found out, they’re not exactly flourishing either. I’m pretty sure there are probably only a few days out of the year you can really have a full-blown Seto experience with the costumes and singing, and unfortunately for me, Orthodox Easter is not one of them like I had hoped it would be. At least not where I ended up. Or maybe they were just hiding?

As my trip out was incredibly last minute and I was without my own transportation, I ended up in Värska, one of the easiest villages (and largest) in Setomaa to get to from Tartu. The biggest attraction there is the Värska Spa Hotel & Water Park, where I stayed, as it is the only all-natural spa in Estonia with pure-mineral water baths and therapeutic mud taken directly from the lake. They told me I was the first American guest they’ve ever had.

Five kilometers down the road there is the Seto Farm Museum and famous Seto restaurant, Tsäimaja – both of which were closed (or at least completely deserted) while I was there which I was a bit irritated about since I rode a bike to get there. Twice.

Literally I only saw like 3 identifiable Seto folks the whole time which was the biggest bummer. I wanted to hang and sing with some of them, but in retrospect the experience as a whole still turned out to be incredibly special. Even though I was baptized in an Orthodox church and usually attend one or two services there every year, I’m not very religious at all; however, celebrating Orthodox Easter in the backwoods of Estonia that brisk, spring evening (after riding 2 kilometers there on that damn bike in complete darkness, mind you) kind of made me want to be. It was definitely one of the most spiritual experiences I’ve ever had and I’d do it all over again just for that if I could.

Have you been to South Estonia or Setomaa? Tips on when would be the best time to have my “Seto experience” are greatly appreciated as I will be back. Big thanks to South Estonia Tourism for helping me plan this very last minute trip and to Värska Spa Hotel & Water Park and Aleksandri Hotel for putting this gypsy up.